To share your memory on the wall of Filippo Fiordelisi, sign in using one of the following options:

Provide comfort for the family by sending flowers or planting a tree in memory of Filippo Fiordelisi.

Provide comfort for the family of Filippo Fiordelisi with a meaningful gesture of sympathy.

Filippo Fiordelisi of Plantation, FL formerly of Wall, NJ passed away peacefully on Friday, August 21, 2020. He was born on February 28, 1947, in Santa Maria Capua Vetere, Italy to Vincenzo and Marta Fiordelisi.

In 1963, at only 15 years... Read More
Filippo Fiordelisi of Plantation, FL formerly of Wall, NJ passed away peacefully on Friday, August 21, 2020. He was born on February 28, 1947, in Santa Maria Capua Vetere, Italy to Vincenzo and Marta Fiordelisi.

In 1963, at only 15 years old, Filippo took the long journey across the Atlantic, at the bottom of a ship, to the United States. He was alone, battled extreme dehydration from seasickness, could not speak English, and only had $20 to his name but he was chasing his American Dream of a better life for him and his family.

When he arrived in the US, like many immigrants before him, he taught himself to speak English by watching television. He graduated from Asbury Park High School and briefly attended college before leaving to begin working so he could help support his mother.

He eventually saved enough to open a convenience store in Belmar, NJ. After five years, he sold his store and became a Park Ranger for the Monmouth County Park System where he worked for 22 years. If you knew Filippo, or Phil as he became known, you loved him. He was gregarious, kind, accepting, and showed love to everyone he met. He loved to talk to people and was a great storyteller. He thoroughly enjoyed reminiscing and telling tales of the “Old Country” and his youth. He had an aura that naturally attracted people to him. People would always say that they could sit and listen to him tell stories for hours.

He loved his family very much and was extremely proud of his Italian heritage. He was a longtime member of the Sons of Italy in Asbury Park, NJ. His three children and four grandchildren were his pride and joy and he never missed an opportunity to rave about them to anyone that would listen. He also very much loved his wife, whom he met at a dance in 1969, and lovingly referred to as “Boobsie”.

Filippo is survived by his adoring wife Wendy of 48 years, his daughter and her husband Marta and Matthew Suhocki and their children Matthew and Ella, his son and his wife Vincenzo and Stephanie Fiordelisi, and his son Angelo and his wife Michline Fiordelisi and their children Philip and Joseph. He is also survived by his sister Catherine Hulse and several cousins in Italy. All of whom he loved and cherished deeply.

A memorial service will be held in New Jersey at a future date.

To send flowers to the family or plant a tree in memory of Filippo Fiordelisi, please visit our Heartfelt Sympathies Store.
Read Less

Receive notifications about information and event scheduling for Filippo 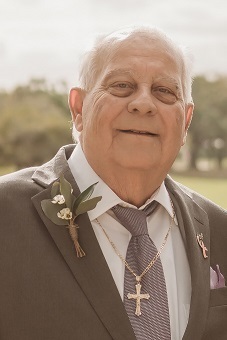 We encourage you to share any memorable photos or stories about Filippo. All tributes placed on and purchased through this memorial website will remain on in perpetuity for generations.

Maria Valentino and family sent flowers to the family of Filippo Fiordelisi.
Show you care by sending flowers
Hand delivered by a local florist

Maria Valentino and family sent flowers to the family of Filippo Fiordelisi.
Show you care by sending flowers
Hand delivered by a local florist
RM

With sympathy for your loss, Ruthmary McConnell, Dan McConnell and family and Susan (McConnell) Supinski and family

Wendy and family: So sorry to hear about Phil’s passing. We have fond memories of taking your kids, along with my niece and nephew, Chris and Jill, for ice cream during the summer in Belmar! God Bless! Kathy and Ray
Comment | Share Posted Sep 01, 2020 at 12:52am via Condolence
MF

Wendy, Marta, Vinnie, and Ange I am so sorry for for the loss of uncle Phil. I have so many fond memories of time with all of you, with all our love.

Maria Valentino and family purchased flowers for the family of Filippo Fiordelisi.
Order Now | Show All
Comment | Share Posted Aug 30, 2020 at 10:06am via Floral Arrangements
WF

To the love of my life. I miss you more and more every minute of the day. I will do my best to take care of our children and our grandbabies. Till we meet again. Boobsie
Comment | Share Posted Aug 29, 2020 at 05:17pm via Condolence