To share your memory on the wall of Father Robert Pearson, sign in using one of the following options:

Provide comfort for the family by sending flowers or planting a tree in memory of Father Robert Pearson.

Provide comfort for the family of Father Robert Pearson with a meaningful gesture of sympathy.

Obituary for Father Robert A. Pearson

Death came, as it does to all men, to the Reverend Robert Alfred Pearson of Ocean Township, on Wednesday, August 28, 2019.
Father Pearson was born on April 16, 1927 in Flint, Michigan. He was educated at Ellic... Read More
Father Robert Pearson

Death came, as it does to all men, to the Reverend Robert Alfred Pearson of Ocean Township, on Wednesday, August 28, 2019.
Father Pearson was born on April 16, 1927 in Flint, Michigan. He was educated at Ellicott Grammar School and Mary A. Cunningham Junior High School in East Milton, MA, Needham High School in Needham, MA, Tilton School in Tilton, NH, the University of New Hampshire in Durham, NH and the Philadelphia Divinity School in Philadelphia, PA. He received a Bachelor of Science, Master of Divinity and Bachelor of Sacred Theology degrees.
He served in the United States Navy during World War II, being transferred to the USS Wisconsin after VJ Day.
After some years in business, he attended seminary and was ordained a priest in the Episcopal Church in 1957. Father Pearson served mission and parishes in West Virginia, Pennsylvania and New Jersey. In 1978, he was ordained a priest in the Antiochian Orthodox Church and in 1986 Father Pearson was accepted as a priest in the Roman Catholic Church, Diocese of Trenton, New Jersey.
His vocation was the priesthood and his avocation was the protection of the unborn human life, being a member of New Jersey Right to Life before the Supreme Court Decision of Roe vs. Wade. This entailed many confrontations, arrests and incarcerations. His long-suffering wife took part more often than not and a son and daughter tried their part.
Father Pearson leaves his ever devoted wife, Nancy Bickhart Pearson; daughter, Rebecca and her children, Frances and Andrew; son, Mark his wife Suzanne and children Conner, Rachael and Marissa; son John and his children, Chadwick and Emma, daughter Jane and husband Christopher and children Grace, Luke and Jack. A child, Mary Ann died at birth.

To send flowers to the family or plant a tree in memory of Father Robert A. Pearson, please visit our Heartfelt Sympathies Store.
Read Less

Receive notifications about information and event scheduling for Father Robert 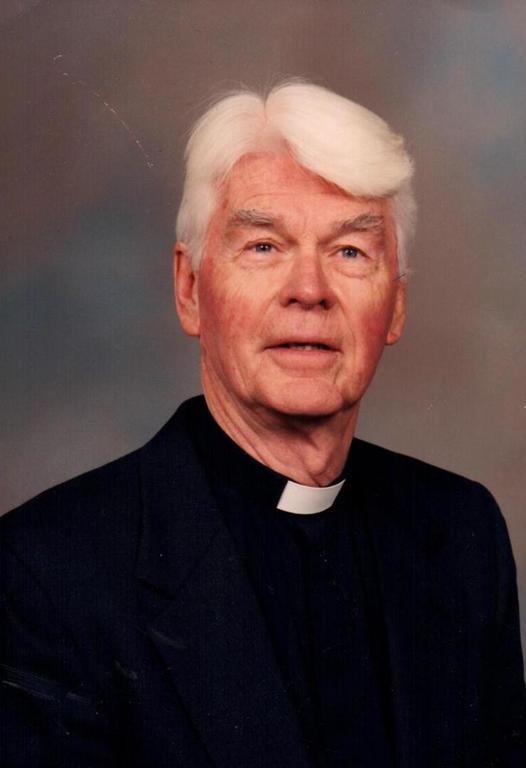 We encourage you to share any memorable photos or stories about Father Robert. All tributes placed on and purchased through this memorial website will remain on in perpetuity for generations.

Bless you during your time of sorrow. Let your faith guide you through the grief. Our sympathies and prayers are with you. Aunt Betty’s children: Richard Bamford, W. Joseph Bamford and Diane E. Bamford
Comment | Share Posted Aug 30, 2019 at 07:43pm via Condolence

Hello, Pearson’s,
My thoughts and prayers are with you during your time of sadness. May you find the peace that Uncle Bob would want for all of you.
May God bless and keep you,
Until you meet again,
Love, Barbara Allen Sebastian
Comment | Share Posted Aug 29, 2019 at 10:19pm via Condolence
HS

Please accept our most heartfelt sympathies for your loss... Our thoughts are with you and your family during this difficult time.

My thoughts and prayers are with you with much love to you all during this sad time Arlene Gamwell
Comment | Share Posted Aug 28, 2019 at 09:33pm via Condolence