To share your memory on the wall of Edwin Hunter, sign in using one of the following options:

Provide comfort for the family by sending flowers or planting a tree in memory of Edwin Hunter.

Provide comfort for the family of Edwin Hunter with a meaningful gesture of sympathy.

To send flowers to the family or plant a tree in memory of Edwin T. Hunter, please visit our Heartfelt Sympathies Store.
Read Less

Receive notifications about information and event scheduling for Edwin 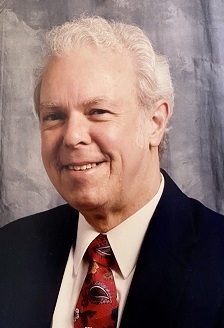 We encourage you to share any memorable photos or stories about Edwin. All tributes placed on and purchased through this memorial website will remain on in perpetuity for generations.

We are so sorry to hear of Ted's passing. Joe and I got to know him in the late 90s/early 00s when we were the NJ Reps for the American Coaster Enthusiasts. Ted and granddaughter Katie showed up before dawn many times at Great Adventure to ride the latest roller coasters being featured on morning TV news shows or filmed for specials about theme parks and thrill rides. He was always excited to be there and had the twinkle in his eye of someone far younger than he was, even back then. I'm sure Katie has shared some of the stories of their many rides together and your family was lucky to have many years with a dad and granddad who really loved living. We will always remember him fondly and picture him clapping when Nitro would return to the station. Dana Schwartz & Joe Krapf
Comment | Share Posted Mar 25, 2020 at 10:03pm via Condolence
JM

I was deeply saddened to hear of Ted's passing. He was such a great guy and, as a fellow musician, a comrade. I saw him a few times over the last few years when he would come down to Ocean Grove to hear a concert I happened to be playing in. The two Freds were there and other musicians he knew. One day he came down and took several of us out to dinner. It was such a wonderful gesture and he was so happy to be surrounded by longtime friends and musicians, he was with his people !
I remember him from when Cindy and I were in high school together, and then later on, when I played next to him in the Monmouth Symphony. It was always great to see him when I would come down to Ocean Grove. It was like seeing a family member from my own life long ago in West Long Branch. He always talked about you Cindy, of course I always asked, and he was of course very fond of Linda and Diane. I was very happy to know Fred was his son-in-law and that we were all connected in some cool way.
I will always remember him.
I will contact the Monmouth Symphony to make a donation in his name.

I want to extend my sincere sympathy to Cindy, Linda, Diane and their families. As neighbors, I knew your parents for many years and I am so sorry for your loss. You wrote a beautiful obituary for your dad and I learned something new; I did not know that he taught at the college for several years. I am sorry that I will not be able to attend the wake tonight or the service tomorrow but I will keep you in my thoughts and prayers as you go through this difficult time.
Lenora Jeanne Walker
Comment | Share Posted Mar 13, 2020 at 02:44pm via Condolence
HM

With deepest sympathy, we are thinking about you!!!

Cindy, John, and Family: Our deepest condolences on the passing of your father. May his memory be eternal, and may he Rest In Peace. I am sure caring for him was hard, but you helped walk him home. Much love, Lisa and John Farah
Comment | Share Posted Mar 11, 2020 at 06:36am via Condolence