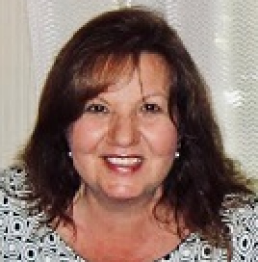 Nada was born in Borgo Giardinetto (Troia), Italy and immigrated to Long Branch as a child, attending Long Branch Schools and Monmouth University. She had a passion for retail and business at a young age and started working while in school at Baldanza’s Bakery, and later as an adult at Alexander’s Department Store before pursuing a career as a corporate buyer at Macy’s in New York City. While working at Alexander’s Department Store she met her soulmate and future husband Carl. Together, they later opened two businesses in Long Branch, including Cake Bake and Roll and Rocky Mountain Chocolate Factory in Pier Village.

In between her business endeavors, Nada pursued different careers throughout her life including a career in real estate and teaching ESL at Wall Township Public Schools and Spanish at Long Branch High School.

Nada was known as a very loving, caring, strong-willed and hard-working woman who was loved by so many near and far. She traveled frequently home to Italy, as well as throughout Europe and Asia. She also loved to spend time at the beach locally as a member of Chapel Beach Club and attended many shows and concerts in New York City. She was an avid Beatles fan.

She was predeceased by her loving husband Carl Koenigsberg and her parents, Michele Raffa and Maria Carmine Di Brino and mother-in-law Dorothy Koenigsberg.