To share your memory on the wall of Ferdinand Soriano, sign in using one of the following options:

The gesture that can change the world

Print
Fred Soriano, Jr. 99 of West Long Branch, NJ entered into eternal life on Saturday, February 2, 2019 at his residence. He was born in New York City, NY and resided in Tinton Falls before moving to West Long Branch in 1953.

Mr. Soriano... Read More
Fred Soriano, Jr. 99 of West Long Branch, NJ entered into eternal life on Saturday, February 2, 2019 at his residence. He was born in New York City, NY and resided in Tinton Falls before moving to West Long Branch in 1953.

Mr. Soriano worked as an electrical engineer for the Dept. of the Army at Ft. Monmouth, NJ for over 30 years and retired in 1975. He was a veteran of World War 2 serving in the US Army and a communicant of Our Lady of Hope Parish at St. Jerome’s Roman Catholic Church in West Long Branch where he also served as an usher for many years. He was also a member of the Special Police, the Seniors Club, and the founder of the Teenage Club all of West Long Branch, a member of the VFW Post #2140 and BPO Elks Lodge #742 in Long Branch, and a recipient of several gold medals in the Senior Olympics in Florida.

Mr. Soriano was pre-deceased by his first wife, Dorothy Soriano in 2003, ten brothers and sisters, a granddaughter Casey Horneff and step daughter Colleen Pratt. He is survived by his wife Elaine Ellson Soriano, daughters; Dorothy Monetti of Lakewood, Joan Horneff & Debora Soriano both of Ormond Beach, Fla., Step children; Daniel Lisa & Jane Ross both of Eatontown, Lori Robbins of Brick, Bonnie Smock of Red Bank and Peggy Boyd of Alabama, along with 5 grandchildren and 6 great grandchildren.

Provide comfort for the family by sending flowers

We encourage you to share your most beloved memories of Ferdinand here, so that the family and other loved ones can always see it. You can upload cherished photographs, or share your favorite stories, and can even comment on those shared by others.

Plant a Tree in Memory of Ferdinand
Plant a tree
2 trees have been planted in memory of Ferdinand Soriano Jr.
Posted Feb 07, 2019 at 08:27am
I was sorry to learn of Fred's passing. I enjoyed seeing him at the exercise video at the Senior Center and talking about Rutgers football. He always had a pleasant smile and nice words. I will miss him.

Posted Feb 04, 2019 at 10:57pm
Fred Soriano was one of the nicest, most gentle men I've ever known. He made me laugh, he was a musician, he loved life, and the father of my best friend - Joan. May Mr. Soriano rest in eternal peace with a chorus of Angel's to welcome him to his heavenly home.
Comment Share
Share via:
HB

Posted Feb 04, 2019 at 10:12pm
My thoughts are with you at this difficult time. I have so many fond memories of him.
Comment Share
Share via:
C

Posted Feb 04, 2019 at 12:16pm
Deepest sympathy for your loss. My thoughts are with you and prayers are sent with love. May your loved one rest in peace.
Comment Share
Share via: 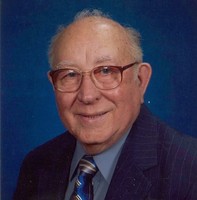