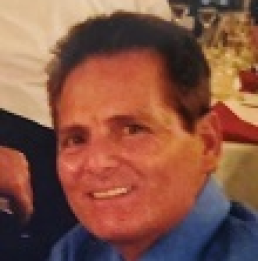 Angelo Caruso, 65, of West Long Branch, passed away on Friday, September 25, 2020.
He was born and raised in Long Branch before moving to West Long Branch in 2014.
Angelo was a maintenance supervisor at the Imperial House in West End, Long Branch for 20 years before retiring in 2014.
He was predeceased by his parents, Angelo and Josephine Caruso; his brothers, Edward and Anthony Caruso and his nephew, Matthew Burseth.
Surviving are his brothers, Paul Caruso and James Caruso and his wife Paula; his sister, Maria Burseth and her husband Kelvin; sister-sin-law, April Caruso and Mary Collins and 9 nieces and nephews, Courtney and Chelsea Caruso, Jessica and Alex Burseth, Danny and Jimmy Caruso, Gina Caruso and Jamie Collins, Emily Reiss and Anthony Collins.

Relatives and friends are invited to visit from 6-8 pm Tuesday at the Fiore Funeral Home, 882 Broadway, West Long Branch. Funeral Mass will be offered at 9:30 am Wednesday at St. Michael’s Roman Catholic Church in West End, Long Branch. Face coverings must be worn as well as social distancing. Visitors are asked to greet the Caruso family and exit the funeral home so that others may also visit. There is a limit as to the number of people allowed in the funeral home during visiting hours. Online condolences may be expressed through www.fiorefuneralhomes.com.